The two types of EDI implementation 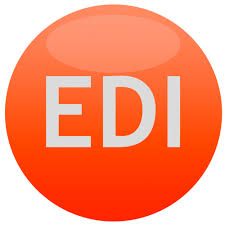 The cost of EDI implementation can be quite high. The cost does however depend on which path you follow when it comes to implementation. Calculating the cost and the subsequent benefits of each can help you decide which path to take. The two paths are to either go with an in house development or to outsource to a third party.

Very large organizations tend to use in house teams to develop their own EDI network. The primary advantage of going in house is security and control to a lesser degree. With cyber crime and intrusions on the rise, security of something as crucial as an EDI network has grown in importance. This is however not an undertaking that should be taken lightly. At minimum you will need to build out your own EDI network and then eventually might have to build it for your partners.

Going with a third party has many advantages. Cost is one. You are charged by providers based on volume of transactions. In addition, some vendors might even come with support for your partner’s already. This can cut implementation times significantly. You also have options to go with subscriptions or with a pay-as-you-go model.

For most organizations, going with a third party makes more sense. There are more options, speed and it is cost effective.